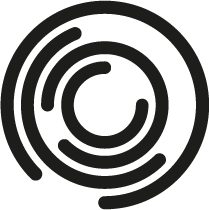 Star Wars Day—or, as fans say, “May the Fourth be with you”—seems to be passing quietly this year. While there were a few big announcements, including the early release of Star Wars: The Rise of Skywalker on Disney+ today, fewer brands seem to be jumping on the intergalactic bandwagon than in previous years.

Disney unveiled more Star Wars content than the final episode of the Skywalker Saga, dropping the finale of the animated series The Clone Wars as well as the first episode in a documentary series about the making of the hugely popular spinoff series The Mandalorian, which was released on Disney+ in November.

Disney also made Star Wars Day-specific art and new avatars available on its streaming platform, as well as compiling all the best Star Wars references in The Simpsons—now also a Disney property with the purchase of 21st Century Fox—into one YouTube video.

Digital experiential agency MVRK prepared for the holiday by creating a 3D-printable version of the tracking fobs that follow Baby Yoda—ahem, The Child—around the galaxy in The Mandalorian. The trackers can be made for under $30 if you have access to a 3D printer and a soldering iron. If made correctly, the fob has a little light that blinks faster the closer you get to a Bluetooth-connected device, like your phone. MVRK released the instructions online today in a post on Medium, including a demonstration video.

And if you really want to get into the holiday spirit—like inside the world of Star Wars—ILMxLAB has made that more possible than ever with a new virtual reality series on Playstation VR. The three episodes are available today, allowing players to experience the story as a smuggler on a job near Darth Vader’s fiery home planet, Mustafar.

The series was created in close collaboration with the Lucasfilm Story Group, and won several awards including Best VR/AR Game at the 2020 Game Developers Choice Awards. Maya Rudolph is the voice of the player’s drone sidekick, and Scott Lawrence—veteran voice actor of many Star Wars games—reprises his role as Darth Vader.

For those spending too much time in their kitchens these days and noting a lack of Star Wars paraphernalia in that part of the house, Corelle and Pyrex today released themed dinnerware and food storage containers.

But for the most part, the big-name brands seem to be sitting this one out, and it’s hard to know whether that’s because we’re in the midst of an exhausting pandemic, or if the holiday is just getting old. We’ll have to wait until this is all over to know for sure, but until then, may the Force be with you. Here’s an Oreo Leia from 2014.